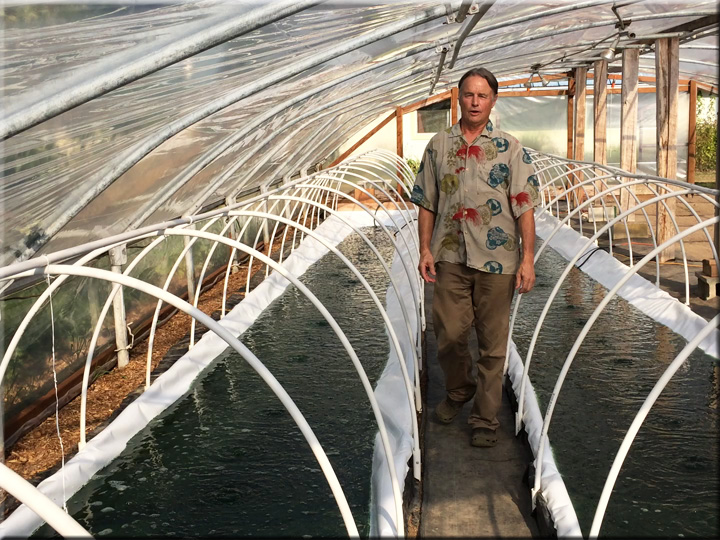 Robert is CEO of Smart Microfarms, maker of microalgae growing systems, fully automated for global remote-monitoring. For 35 years Robert has been an entrepreneur in algae, bamboo and natural resources. A pioneer in algae production and marketing, he was founder and director of Earthrise Farms, world’s largest spirulina algae farm. Robert presents at conferences, writes for industry media and has produced over 20 educational videos and several books about algae, spirulina, bamboo, and how these essential components figure in the urgent response to global 21st century challenges. Robert joins The RootStock Foundation as an Advisor, providing know-how and show-how for development of algae and spirulina farming for schools.

Gary is an entrepreneur with over 30 years business operations and sales management experience in the food industry. Working in retail, wholesale and Farmers Market environments he is currently a Produce Manager for Sprouts Farmers Markets where he has worked for 8 years. He was a Produce buyer at the Los Angeles Wholesale Produce Market. Gary has owned and operated his own business Special Event Marketing selling Christmas Trees and Pumpkins in southern California for 22 years. He has worked 7 years for the Pepsi Bottling Group selling to mass and chain grocery outlets. He attended the Pepsi Bottling Group Training University and received their Sales Account Management Certificate. Gary brings his retail produce expertise, entrepreneurial background and passion to help others to the RootStock organization and joins The RootStock Foundation as an Advisor, overseeing retail market strategies for Aquaponic produce and Spirulina products. 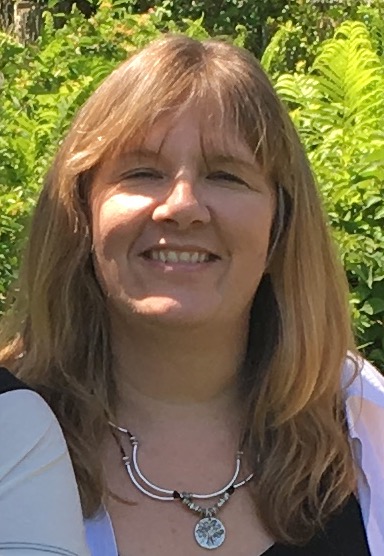 Laurie Ouding is an RN currently working at Rush University Medical Center as a pediatrics nurse. Laurie brings a unique perspective regarding the importance of nutrition for early child-development as it relates to lifetime health and prosperity. Laurie was reared in rural Michigan where she spent much of her life working in cultivation of gardens, orchards, and nurseries. She has experience in both open air cultivation as well as working in greenhouses. She currently resides in Chicago and well understands how the lack of access to fresh and affordable foods effectively entrenches inner city communities to permanent disadvantage. Working at Rush, helping children admitted because of diseases related to poor nutrition, she yearns to put her lifetime experience to work, making meaningful change possible. Working with the Rootstock, she plans to open indoor, year-round farmers markets coupled with a network of Aquapaonic and Spirulina farms, utilizing the purity protocol inherent in those methods to re-discover culinary traditions long-forgotten. Her proposed South Chicago project would employ commercial kitchen facilities to provide inner city communities a path back to prosperity through self-enabled, local food industries. By using proven Rootstock curricula, she plans to engage with local educators and school districts in programming designed to include time for children to spend outdoors, working in hands-on, team-based projects in nature. Food purity and fresh foods enrich STEM learning and Laurie is committed to educating kids and their parents on the role food plays in their health. She believes food is medicine, the best prescription for good health.  Laurie joins The RootStock Foundation as Advisor and Partner in Project development for inner cities in the Midwest, specifically Illinois and Michigan.

Heather is the Founder, CEO and Chief Engineer at Stellar Synergetics, LLC and is a graduate of Oregon Institute of Technology and University of Colorado Boulder. She has worked for Lockheed Martin Space Systems Company and The Johnson Space Center. She is currently a doctoral student in bioastronautics, specifically interested in bioregenerative food systems and optimization of human‐plant and human‐computer interaction that can help to inform system design. She joins The Rootstock Foundation as an expert in space farming and lead for development of remote monitoring systems technology. 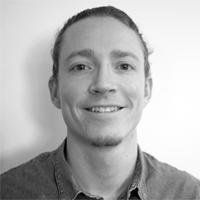 Daniel graduated from Yale, where he studied astrophysics, music and graphic design. After a few years as a designer and developer, he moved to Boulder and founded a development shop called AktionLab. He started the Autoponics project (automated robotic food production) and, to get the machine shop he needed, co-founded the not-for-profit Solid State Depot - Boulder Hackerspace, giving him access to tools and other great engineers. He enrolled in the Computer Science Masters program at the University of Colorado to study robotics, worked as a Research Assistant in Correll Robotics Lab where he won a NASA grant to build technology for robotic space farming. Daniel worked at the Space Life Sciences Laboratory at Kennedy Space Center during the summers of 2013 and 2014 to learn more about space-based plant production and how to deliver the functional prototypes. He's now part of a research team that, for the last three years, has received numerous follow-on NASA grants to continue development of space-based plant production technology (also known as "bioregenerative robotic plant production systems") for future space exploration habitats. He joins The Rootstock Foundation as computer scientist - robotics, automation and remote monitoring systems - technology advisor.

Jeffrey joins The RootStock as Solar Energy lab expert as a green entrepreneur, organizational consultant and activist/organizer, and President/CEO of Imani Energy, Inc. Imani is a solar technology/energy business that manages solar power system installations and provides training and employment to residents of Empowerment and Enterprise Zone communities. Jeffrey has over twenty-five years of experience in organizational management, fundraising/resource acquisition, community economic and strategy development. He has served as the Leadership Development Director for the National Congress for Community Economic Development (NCCED) based in Washington, DC, directed teams that provided training in economic development, identification of financing and partnerships between the private sector and community economic development organizations nationwide.  In Los Angeles, he has served as the executive director of the Liberty Hill Foundation, directed a historic union organizing effort of predominantly African-American workers for the Service Employees International Union (SEIU) and served as the District Office Interim Deputy Director for Karen Bass, the former Speaker Emeritus of the CA Assembly, who is now serving as a US Congressmember. Jeffrey received his BS in Journalism and Masters in Philosophy from Ohio University and received economic development training from the National Development Council. Jeffrey joins The Rootstock Foundation as solar energy labs and systems technology advisor.

Dr. Nate Storey earned his PhD. from the University of Wyoming in Agronomy researching aquaponic production and different creative live distribution models to help farmers live better. His research was in direct response to the many barriers there are to getting into farming and living well as a commercial producer in today’s world. He is the co-founder, inventor, and CEO at Bright Agrotech, an innovative vertical farming start-up on the high plains of Laramie, Wyoming in the American Redoubt. Nate and the Bright Agrotech team seek to empower commercial producers and home growers alike to grow a lot more nutritious produce with less space with their ZipGrow tower technology. Nate joins The RootStock Foundation as Advisor on Development of Vertically Configured Aquaponic, Aeroponic, and Bioponic Systems.

Jon Parr began Aquaponics practice in 2009 with a lifetime background in construction and engineering. Jon went big from the get go, founding Viridis, a huge commercial Aquaponics greenhouse in Santa Cruz County, designing, building, and managing the facility, which is considered to be the largest commercial aquaponics greenhouse in the world. In 2014, Jon sold all interest in Viridis commercial ventures and went on to found SchoolGrown, a non-profit that designs and builds school-based greenhouses, based in Half Moon Bay, California. His commitment to education as a way of accelerating the adoption of Aquaponics and other sustainable agriculture methods matches closely the guiding principles of The RootStock Foundation. Jon joins The RootStock Foundation as Advisor on Design and Construction of Controlled Environment Aquaponics and Recirculating Water Systems. 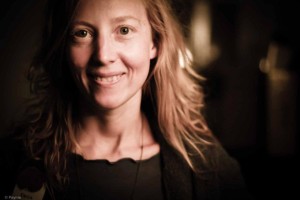 Dr. Erica Wohldmann holds a joint Ph.D. in Cognitive Psychology and Cognitive Science (Philosophy of Mind) from the University of Colorado, Boulder. She is an Associate Professor at California State University, Northridge where she teaches classes about ecopsychology, psychological and social influences on food choices, best practices in sustainability, and cognition.

Erica’s research on food choices has been generously funded by the National Institutes of Health, and has been published in some of the leading peer-reviewed scientific journals as well as featured in Psychology Today and on the National Wildlife Federation website. She has been invited to speak about her research, sustainable agriculture, and best practices across the country in academic institutions and at conferences, to the California Neighborhood and City Council Coalitions, as well as in her community and at popular festivals.

In 2012, Erica traveled through 16 states in the western United States, living in national forests and wild-foraging all of her food and medicine. She is nearing the completion of a book that describes her journey and discusses the importance of reconnecting with nature as a way to mitigate some of the social and environmental dilemmas we face.

Erica also teaches workshops on herbal and medicinal beer brewing, wild-food foraging, and other primitive skills in her community. As an educator, food activist and community organizer, Erica works to create the world in which she wants to live—a just world that is socially and environmentally conscious. 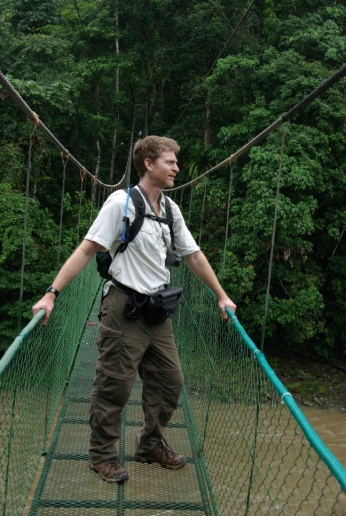 Mark is a professor at Washington University in St. Louis and St. Louis Community College teaching Biology, Botany, Conservation and Ecology coursework. He has a B.A. Biology from University of Louisville, a Ph.D. Ecology & Evolutionary Biology from the University of Miami, where he was also a Post Doctoral Research Scholar. Mark has numerous educational publication credentials and is a member of numerous professional organizations, including the National Science Teachers Association and the Society of Sustainability Professionals. He joins The Rootstock Foundation as a Curriculum Advisor.

Dawn is an actor and educator. She has a B.S. in education from Creighton University and has taught pre‐K to post‐high school, in addition to students with learning disabilities. Dawn served for two years in the AmeriCorps where, among many learning experiences, she taught healthy eating and exercise habits to at‐risk kids, filed taxes for the elderly and low‐income citizens, and provided food and bedding for tornado victims with the American Red Cross. She joins The RootStock Foundation as an Advisor, managing the development of Curricular Materials. 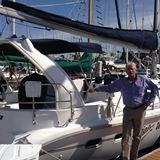 Tom is a business owner and consultant that has over 40years experience in the Energy Generation and Conservation industry. For 30 years he has owned and operated businesses that have dealt with most current technologies – process, conservation and sustainability – including the implementation of energy saving products/systems, water treatment/filtering, water pumping and waste management. He was the pioneer-inventor of the mobile filter press used to de-water several different waste streams across the nation. He has 6 years’ experience in lighting and controls, solar and solar-thermal energy, micro-gas turbines, HVAC and super-efficient building processes and methods. As a Licensed general contractor, he is experienced in design, building and installation of water treatment facilities, pipelines, tank farms, housing, commercial, and more. He is a certified building inspector, mold re-mediator, hazardous waste handler and has many certifications in Energy Saving, efficiency and sustainability industries. He is dedicated to improving the quality of life on our planet. 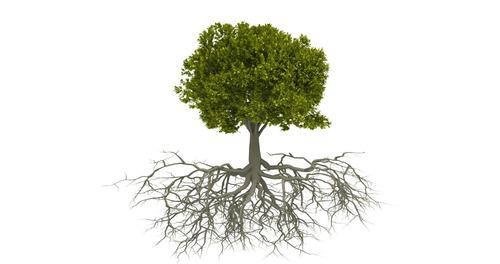